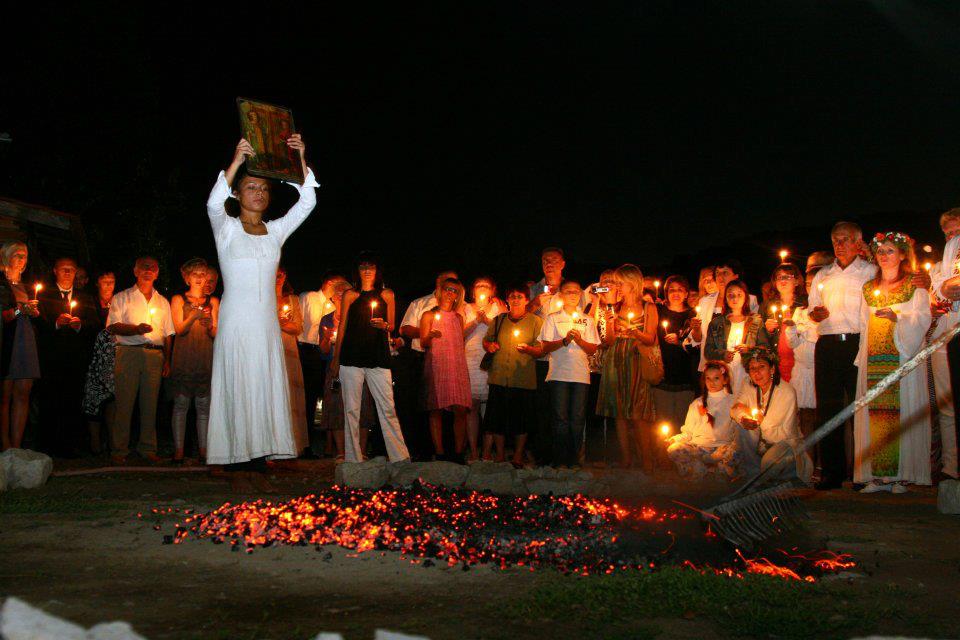 The rite of fire dancing is one of the oldest Bulgarian folk traditions and was once practiced by ancient Thracians living near The White Sea. It is performed today in only a few mountain villages in the Strandzha region, such as Bulgari, Kosti, and Brodilovo. In 2009, the ritual was included as a UNESCO World Heritage legacy of non-material culture. According to a number of scholars, the ritual was performed by a Thracian cult that worshipped the sun. 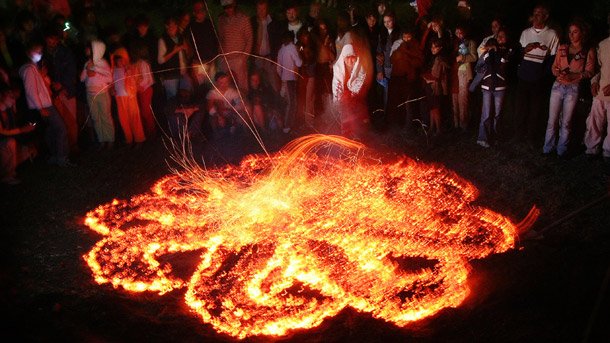 The dance is performed barefoot on live coals, and this unique rite is now connected with groups whose patron saints are Constantine and Elena. While fire dancing is connected with celebrations that are observed year round, the day most closely connected with the practice is June 3 (according to the old calendar), since that is the day these two saints are honored.

During the day of June 3, the icons that are sacred to the fire dancers are “clothed” – a bright red cloth is placed over them that has old silver coins sewn on it and is colorfully decorated. The whole village then takes part in a procession to transport the icons to the holy spring of Saint Constantine, where the handles used to carry the icons are washed. 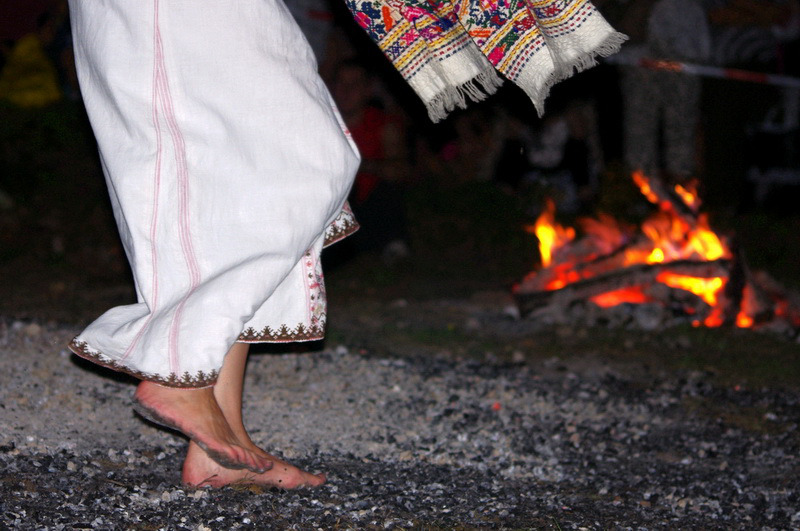 The preparation of the fire for the dance starts before noon. The fire must be laid in a symmetrical circle, so that those in attendance can all observe the rite. Before evening, the fire dancers and a representative of the church go to a chapel that is dedicated to Saints Constantine and Elena, where they breathe deeply of the incense and pray before the icons. Later, after it gets dark, the whole village gathers at the chapel, including musicians – a gayda (Bulgarian goatskin bagpipe) player and a drummer. The musicians play three special melodies – the first as the celebrants make their way from the chapel to the fire, the second when the dancers approach the coals, and the third to accompany the Kostadin Horo (a group dance). Then there is a second ritual procession circling the fire, and the culmination of the ceremony begins.

In a trance, the fire dancers move into the circle of celebrants, and after the first dancer traverses the coals in the pattern of a cross, the other dancers enter the fiery circle. The movements that the dancers make on the burning coals are intricate and orderly, but nevertheless their bare feet are not burned. When the ritual dance concludes, all of those present again perform the Kostadin Horo, as a kind of prayer for good health. 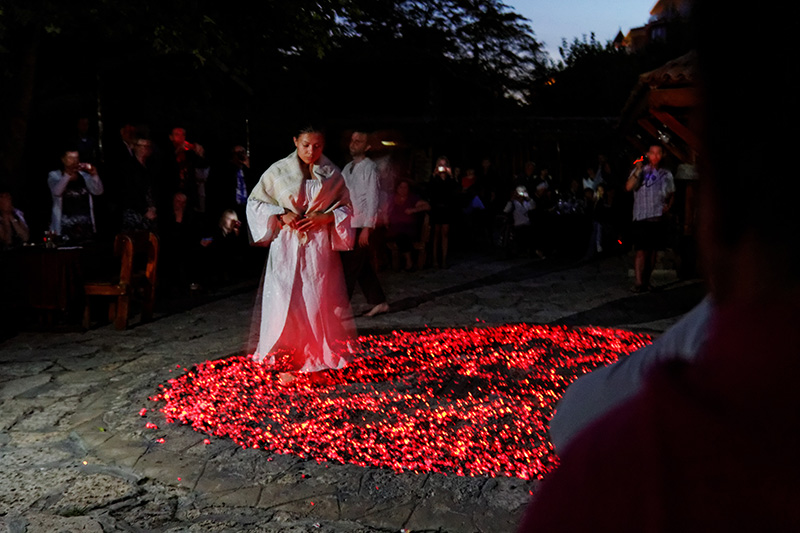 At present, the tradition of fire dancing is observed most faithfully in the village of Bulgari in the Strandzha, and every year on June 3 visitors come to the village from all over the world to observe the rite.

In Bulgari and other Strandzha villages on the Black Sea Coast, the rite is also performed at many other times during the year.